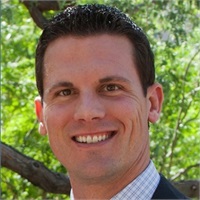 Ben’s interest in the financial industry began in his mid-twenties, when he began trading in the stock market. Though he’d received a Bachelor’s degree in Criminal Justice from Grand Canyon University already, Ben quickly realized how much he enjoyed the stock market and managing his personal finances, and he soon decided that he wanted to get licensed and help others with their own financial objectives.

Ben is widely consider to be not only a financial guide, but a friend and confidante for many of his clients. He excels at portfolio construction and analysis, and helps keep his clients focused on their long-term goals. Ben possesses an Accredited Portfolio Manager Accreditation, as well as a Life and Health Insurance License. He’s also received his Series 7, 6, 65, and 63 licenses.

Ben was born and raised here in Arizona, and continues to live in Peoria. He married his wife, Teisha, in 2010 and they have 4 children together—Christopher, Kennedy, Bear, and Fox. His family is at the heart of all he does, and when not working for his clients, his priority is spending time with them.

Ben is an avid outdoorsman and archery hunter, and he stays active by doing CrossFit nearly every day. He also enjoys coaching his kids’ sports teams, which allows him to be there with them at every game and celebrate their successes.

An active member of the community he loves so much, Ben volunteers at his local church, Christ Church of the Valley, and coaches youth sports. He’s also on the board of directors for the Arizona Baseball Club.