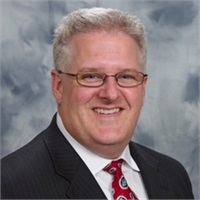 Ted first developed an interest in finances as a teenager, with a particular interest in stocks and investing. When he was 22, his father took him on a trip to New York City, where they visited the New York Stock Exchange. From the moment he saw trading on the exchange, Ted knew he wanted to be in the financial services industry.

He received a BA in International Relations from the University of Washington in 1986, followed by a Masters of International Management from the Thunderbird School of Global Management in 1990. In that same year, he returned to Wall Street and began working on proprietary trading floors on Wall Street himself. After four years of life in NYC, Ted was ready for a change of pace.

He received his Series 7 and 63 licenses and began working as a financial advisor. His professional career included time at Merrill Lynch, RBC, UBS, Smith Barney, and Ameriprise. With 30 years of experience behind him, Ted struck out with his partner, Ben Belanger, to create Bull & Bear Wealth Management.

While Ted is still passionate about investing and finances, his greatest joy in his work is helping his clients achieve their goals. Whether they’re striving to put their kids through college, become financially independent, or retire comfortably, helping them fulfill those objectives is what drives his work each day.

Ted was born in San Diego, CA, where he lived for 12 years before his family relocated to South Carolina when he was a teenager. He married his wife, Lauret, in 1989 and they lived in NYC before tiring of the rat race and moving back to Phoenix, AZ. Lauret and their teenaged son, Max, keep him focused while also providing him with balance in his life.

Ted’s a self-proclaimed “car nut” and owns several classic Porsches. He enjoys attending car shows and races with his son. He and his wife also enjoy staying active together by going on regular hikes. They’re avid travelers, and have journeyed all over the country, as well as to China, Taiwan, and Spain.

But ultimately, Ted’s mission is to help as many people as he reasonably can in his career, while also striving to improve himself.